What comes to your mind when you hear about Sex Ed? Images of yourself giggling with classmates in the back of the room? Your teacher awkwardly demonstrating how to use condoms on a banana? Or, do you recall a relaxed conversation in a neutral tone, and an overall feeling of being informed and empowered?

I wanted to dig deeper into this question and explore how this education could be different across a few European countries. Have we all seen that cartoon with the little characters visiting the fallopian tubes? What is the big miss in the sex ed we’ve received? Besides the unfortunate common thread of shame and taboos, I found some interesting facts showing how complex and vibrant this conversation could be in the future.

Thanks to the inne community, I often have very fruitful conversations with passionate people. I do so knowing that the world is vast and the knowledge we’ve collectively gathered so far about the role of hormones, and the female body in general, needs to get extended and reach the many.

The first sex ed classes appear in the mid 1950s. Like many progressive initiatives, Northern Europe sets the example with Sweden being the first to implement it! Many other Western European countries eventually followed in the wake of the feminist movements, during the 1970s and 1980s (1). School-based sexuality education continued to be introduced in the 1990s and early 2000s across Europe and HIV-prevention and sexual abuse became part of the agenda.

Today, sex ed classes are mandatory in more than half of the European countries such as like Germany, Czech Republic and  Finland. In some other countries they remain optional and the UK is one of them (2). There are no international standards as for what needs to be included in sex ed programs, though attempts at bringing a common approach do exist. The World Health Organization Regional Office for Europe is trying to develop a framework for this (1,2). Nevertheless, for now,  it is up to each country to define the extent, standards and implementation of their sex ed curriculum.

How did sex ed make you feel?

"When I was about 9 or 10, we saw a cartoon in class with two naked bodies running after each other in a room. That was my introduction to sex ed."

My experience was similar: I sat in front of a mid-90s TV screen to understand some of the fascinating facts behind pregnancy and birth. Reflecting on it now, it was a single event and we didn't have any interactive sessions come out of it. 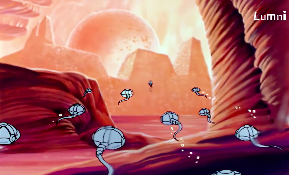 I found out new approaches to sex ed do exist. Progressive movements have made an effort to bring a comprehensive sexuality education to the forefront of the curriculum to encompass the  different dimensions of sexuality, including emotions. This proposes a new form of education where teachers can address different aspects of sexuality or gender orientations.

One trend I observed while listening to people’s sex ed experiences was a systematic separation between genders to present different types of content. Alina, who grew up in Germany, recalls:

They split us into two groups, boys and girls. I do not know what they said to boys but we got an introduction about period. We've been told about the bleeding, how regularly they occur… I guess they were trying to make us feel less embarrassed…

Just like that: perhaps one of the first gender (knowledge) gaps.

In the Netherlands, sexuality education classes are introduced in kindergarten when children are about 4 years old (4). These classes do not explicitly show the images we’d find in sexual educational books for young adults. For instance, they use images, little names and euphemisms to talk about the genital parts. This raises another question: does this delivery convey the idea that it’s not a serious topic or an embarrassing one? They’re meant to be small introductions to sexual education and put an emphasis on healthy relationships, intimacy, diversity and tolerance. They’re also meant to be conversation starters, that are to be continued at home.

This is what Nathalie, 35 and raised in Sweden, wants to call attention to. For her, transparency is an essential ingredient for raising her son:

"When my son saw me bleed the first time, he was very scared, but I reassured him telling him it was very normal for women. I explained to him in an approachable way for a five-year old. He nodded  and continued running around."

Why Sex Ed is more than risk prevention

How about less fear in sex ed?

The major societal changes brought by the feminist movements and the HIV crisis impacted generations of adults. Both of these shifts have altered the focus of sex education (5). They have certainly encouraged protective behaviours and birth control to reduce teen pregnancies.  But what’s the other side of the coin? Fear, uncertainty?

"When you’re 14/15, you have mandatory biology classes in the UK to talk about sex, but these classes exclude anything related to hormonal health. When I was 17/18 I learnt about STIs which was closely related to our education about drug and alcohol abuse. Therefore, there was a fear factor around sex. The message I got was that if you had sex, something bad would happen instead of sex being a pleasurable experience."

Movements for more reproductive rights like abortion, combined with the spread of the self-help movements in the 1970s and 1980s  invited more women to reconnect with their bodies (6). They encouraged the practice of self-observation for example, to allow women to uncover parts of their bodies like the cervix. But there is still a long way to go.

"Everything that I know was mostly through experience, says Alicia, 35 year-old woman raised in North Italy. I wished someone sat down with me and explained to me how the female body works. How about the pain or not having your menstruation for months? We don’t really understand what’s going on."

Alina wishes there could be more content about female health:

"What would have been interesting, before perhaps choosing any form of contraception, is to know about the magic of hormones during the menstrual cycle. They could have at least sparked in us the idea that the menstrual cycle is more than period, that it is worth exploring. It’s a foundational knowledge that affects many decisions: for example what you, as a young girl, want to do to your body or not."

Period  might have been a tiny part of your sex ed classes. It was the case for many women, like myself,  going to French public school until early 2000. The fact that biology school books still misrepresent female genital parts - they do not represent the clitoris in its full glory and leave out around 80% of it: the bulbs, the branches and the clitoral body (7,8) - shows just how much we still have to learn about female health and in consequence how little equipped we are on what knowledge we pass to pass onto future generations.

It is not only about the magic of hormones during the menstrual cycle  but also how it relates to other areas and for example how hormones affect mental health.

For Nathalie from Sweden:

"I was lacking the whole getting to know yourself part. It left out  how you can take care of yourself, your own body. It also left out many things about the female hormonal cycle. It's not just about period. I wasn’t told when you could get pregnant and what a fertile window could be."

Receiving sexual education is a chance and a wonderful start to develop healthy relationships with ourselves and others. It is also a journey with various questions rising at different points of life. The inne minilab helps you on this journey, by allowing you to understand how your menstrual cycle works and fertility hormones behave. Thank you Bethany, Nathalie, Alina and Alicia for sharing some quirkiness of the sex education you received. Thanks for sharing your hopes for what’s to come.

2. BzGA, Federal Center for Health Education, Regional Overview of the Status of Sexuality Education in 25 countries of the WHO European Region, 2018.

5. Grunseit A. Impact of HIV and sexual health education on the sexual behaviour of young people: a review update, 1997.

How To Find Out Your Pregnancy Due Date